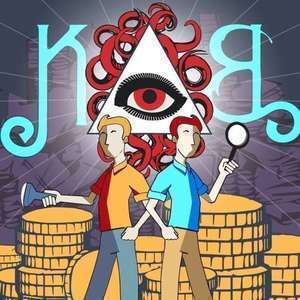 It's the thrilling conclusion of Episode 11: The Precarious Peril of the Public Parks! In the land rights utopia of Never-Ever-Federal Land, Chuck and Davey are quickly finding that it's more haunt than jaunt! Can they escape the dastardly roughrider Teddy Roosevelt before the National Parks system extends its icy grip around the neck of freedom?