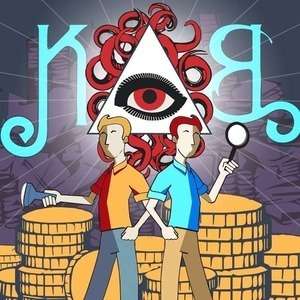 Humiliated by a devastating loss in the 2012 presidential election, the Koch Brothers have retreated into retirement. Now, a mystery that threatens the very fabric of American Capitalism may be what it takes to draw our heroes back into service. What will become of Charles and David Koch in... The Koch Brothers Mystery Show!